We learn that pasta won’t make you gain weight!
If you’d banished pasta from your cupboard due to concerns over weight gain, then think again: an Italian study found that the more pasta you eat, the less likely you are to gain weight.
If you’ve banished pasta from your kitchen cupboard in the hope of squeezing into last year’s Speedos or bikini before your summer holidays, you’re making a terrible mistake.

An Italian study published in the journal ‘Nutrition and Diabetes‘ this month, reveals for the first time a link between how much pasta you eat and how slim you are likely to be.

The study questioned some 23,500 men and women of varying ages and social backgrounds across Italy about their dietary habits and recorded their body mass index (BMI) and waist-to-hip ratio.

The results of the study were surprising and good news for pasta-lovers everywhere.

“Our findings show a negative association of pasta consumption with general and central obesity” the authors wrote. In short: the more you eat pasta, the less you are likely to be overweight.

The results run contrary to the popular belief that servings of pasta will have you piling on the pounds, a misconception which has caused pasta consumption to fall worldwide.

Even Italians are turning away from pasta, a food which has played a central role in the country’s famed Mediterranean diet since medieval times.

The traditional Italian diet, based around cereals, legumes, seasonal fruit and veg and lashings of olive oil is considered to be one of the healthiest ways to eat.

But if the traditional Italian diet is so healthy, how did pasta get such a bad reputation?

The researchers lay the blame squarely at the feet of fad diets.

“Pasta consumption has decreased as the concept of adopting low-carb, high-protein diets against obesity has increased,” the authors wrote. But in spite of their popularity, there is still significant scientific debate surrounding the possible negative effects of such diets on kidney and bone health.

It turns out, that even among people who don’t follow a healthy Mediterranean diet, pasta is still associated with a more streamlined physique. But why does pasta make you slimmer?

The precise mechanisms are still a mystery, but scientists think it has to do with the foods we tend to eat pasta with.

“Pasta intake was observed as being associated with the intake of other important food groups, such as tomatoes, garlic, olive oil and onions,” – foods, which can all be helpful when losing weight.

The true extent of pasta’s weight loss powers will perhaps be revealed by a future study. Until then, feel free to tuck into as much pasta as you like, safe in the knowledge that a plate of spaghetti in and of itself is not going to cause you to balloon. Buon appetito!

Salice had been undergoing treatment for a stroke in a hospital in the northern Italian town of Pavia, his Color Your Life foundation and Italian media reports said Friday.

He joined the Ferrero food group in 1960 and went on to become right-hand man to company boss Michele Ferrero, a visionary who invented the Nutella chocolate and hazelnut spread and who died in 2015.

In the 1970s, the chocolate baron was seeking a means to get around the seasonal nature of Easter eggs and find a use for the manufacturing moulds that served no purpose for much of the year.

The outcome was the Kinder Surprise, a chocolate egg containing little plastic parts of toys to be assembled by children. The contents of the capsules inside the eggs varied widely and the success of the product was swift and lasting.

Ferrero has sold billions of Kinder Surprise eggs in more than 40 years and claims that its monthly output consists of enough chocolate to pave the 400,000 square metres (4.3 million square feet) of the Monterrey Macroplaza in Mexico.

“The inventor is Ferrero, I was just the material executor,” Salice often repeated, but he played a part in the creation of other renowned products such as the Ferrero Rocher and Pocket Coffee.

The Turin native retired in 2007 with a bonus of €400,000 ($422,000). He invested the sum in his Color Your Life campus on the Italian Riviera, aimed at enabling children aged between 13 and 18 to foster their strongest talents.

The huge success of Kinder Surprise eggs has on occasion been overshadowed by tragedy, including the death in Toulouse last January of a little girl aged three who choked on a toy. After an investigation the prosecutor cleared Ferrero.

The eggs are banned in the United States under a 1938 law prohibiting the insertion of any objects into food products, while in Chile they were banned last summer under new legislation to combat obesity. 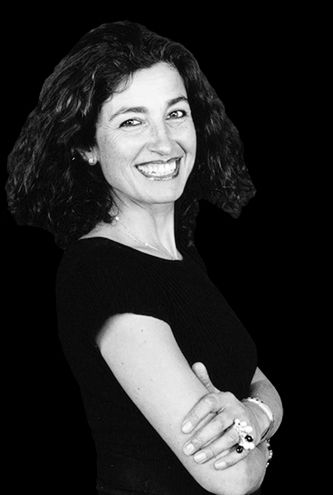 #ancientrome #ancientarchitecture #visitrome Antigua Roma Family Tours Rome Rome Tours Rome With An Architect Tours Vatican City Vespa
We use cookies for various purposes including analytics and personalized marketing. By continuing to use the service, you agree to our use of cookies.